“Be patient as you work hard”

When Stephen, 28, enrolled in the SOS family strengthening programme in Fort Portal, Uganda, in 2010, he did not know that he would become a businessman. He started studying computer sciences in 2013 and initially wanted to set up a computer laboratory to teach young people IT skills. The entrepreneurship training and his GoTeach mentor helped him shape a different business idea, using the resources available to him to reach his long-term goals – to become a successful entrepreneur.

Stephen used the resources available to him to start his first business.

“Start with what you have”, is what he would also recommend to other young people who are trying to become independent. What Stephen had was land with a lot of clay. To be able to produce bricks, he also needed water and labour, so he sold his laptop to be able to cover the expenses. Soon, he was able to sell 1,000 bricks and use his earnings for additional business ideas. 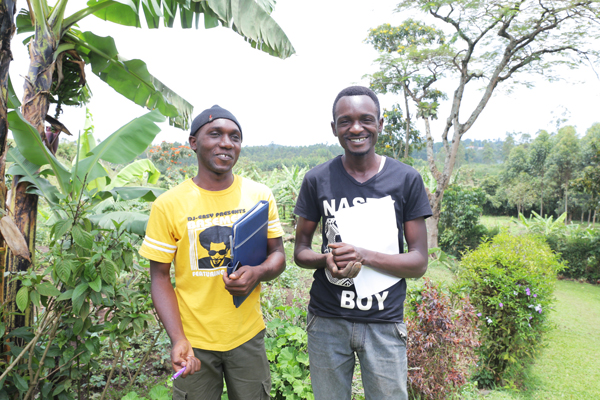 Stephen and his business partner Godwin are working to increase the production at their new garlic farm.

Less than two years later, Stephen has been able to invest in several different opportunities. He now owns a motorbike used as a taxi, he grows hogs, and he has started a garlic farm with a partner. Stephen focuses on quality to stay competitive. 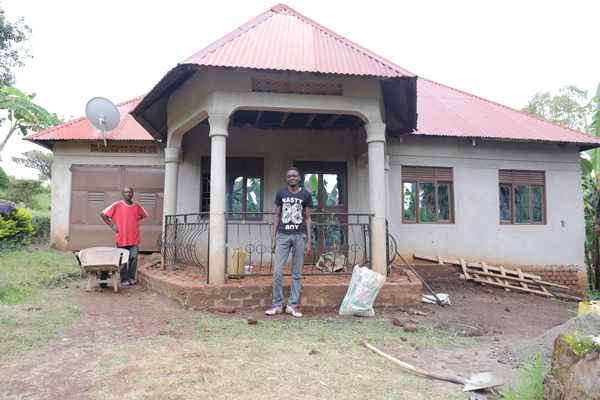 With the income from his business, Stephen has been able to build a home for his family.

Stephen is proud of his achievements. His businesses are sustainable and he has been able to support his family. He has even been able to earn enough money to build his mom and his sister a house.

But his success brings benefits for the entire community. Stephen is currently employing four other people. Giving back and helping other young people on their way to self-reliance is one of his goals for the future. “Young entrepreneurs should employ and mentor others,” he says.

Lack of employment is one of the main difficulties young people of his community are facing. “Often, young people do not have the necessary skills or qualifications to find work and secure their livelihood,” Stephen says. 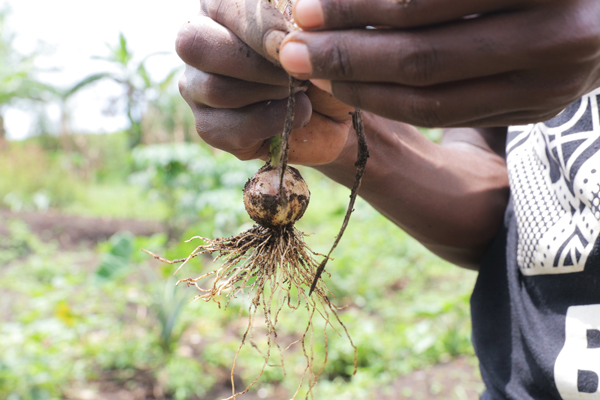 Stephen re-invested parts of his income in new business ideas. The garlic farm is his most recent project.

Stephen has not given up his dream of his own computer lab. He has graduated from his computer sciences studies and one day, he still wants to start a big company that provides IT skills training. While he now has an income for the necessary investments, he knows that it takes time to reach your goals. “Be patient as you work hard,” is his advice for other young entrepreneurs.

Reaping the benefits of cooperatives in Uganda

Abiro Joyce, a 52-year-old mother, smiles and points to her son seated on his new motorcycle, a bike that he’s bought...

END_OF_DOCUMENT_TOKEN_TO_BE_REPLACED

FAO is helping a women's cooperative in Wau succeed despite harsh climatic conditions and faraway markets. In the...

END_OF_DOCUMENT_TOKEN_TO_BE_REPLACED

Gender equality today for a sustainable tomorrow, cooperatives strategic allies" From the Regional Committee for...

END_OF_DOCUMENT_TOKEN_TO_BE_REPLACED
We use cookies on our website to give you the most relevant experience by remembering your preferences and repeat visits. By clicking “Accept”, you consent to the use of ALL the cookies.
Cookie settingsACCEPT
Manage consent